The series, Bad and Crazy runtime is 1hr 10 minutes.

The series, Bad and Crazy age rating is 15+.

Synopsis of the Series Bad and Crazy


The story is all about a corrupt yet practical detective who manifests a split personality who harbors a sense of justice. Soo-Yeol (Lee Dong-wook) works as a police officer. He is competent at his job, but he also has questionable ethics. He will do anything to achieve success. Due to his ambitious personality, he has received promotions in a short period of time.

His smooth life suddenly changes with the appearance of K(Wi Ha-joon) . K is a righteous person, but also a crazy person. Whenever he faces injustice, he meets it with a fist. He dreams of being a hero. Meanwhile, Lee Hee Kyum (Han Ji-Eun) works as a police lieutenant on the drug squad at the Mooi Police Department. She is also a righteous person and enthusiastic at her job.

The Series Bad and Crazy includes:-

15+ – Some content shown in the series may be inappropriate for children under the age of 15.

Official details of Bad and Crazy

The series, Bad and Crazy has 16 episodes from 1 season. 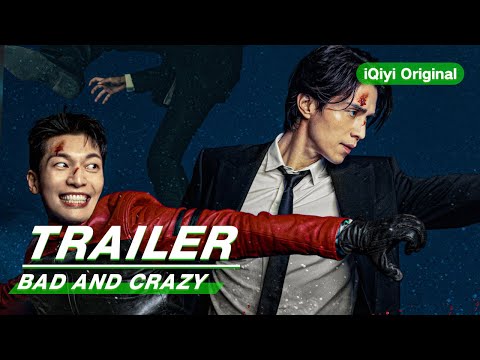 Who is in the cast of Bad and Crazy?