Battle Kitty is an animated action-adventure tv series that is created by Matt Layzell.

In TV-Series, Battle Kitty Age Rating is TV-Y7 for the content shown.

Synopsis of the Series Battle Kitty

In a futuristic-medieval world, warriors must find and defeat all the monsters on Battle Island, collecting their coveted keys in order to become ‘Champion’. Cut to Kitty and Orc, two best friends on a mission to help Kitty become Champion their way through cuteness and friendship. The two embark on the journey to Championhood, facing many obstacles and naysayers only to discover a surprise waiting for them at the Ancient Ruins…-IMDb.

The series, Battle Kitty has 1 episode from 1 season. 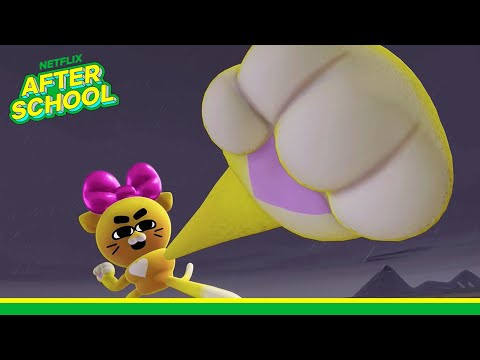 Who is in the voice-cast of Battle Kitty?