Cheaper by the Dozen Parents Guide

Cheaper by the Dozen is an American family comedy film. A remake of the 1950 and 2003 films of the same name. The film will be directed by Gail Lerner with a script co-written by Kenya Barris and Jenifer Rice-Genzuk Henry.

Tips for Parents Guides | Cheaper by the Dozen Age Rating

The Movie, Cheaper by the Dozen runtime is 1hr 47 minutes.

Cheaper by the Dozen Age Rating is PG for thematic elements, suggestive material, and language.

Synopsis of the Movie Cheaper by the Dozen

A Disney+ Original movie, “Cheaper by the Dozen” is a reimagining of the 2003 hit family comedy. It is the story of the raucous exploits of a blended family of 12, the Bakers, as they navigate a hectic home life while simultaneously managing their family business.—IMDB

The movie Cheaper by the Dozen is Include:-

Release date of Cheaper by the Dozen movie 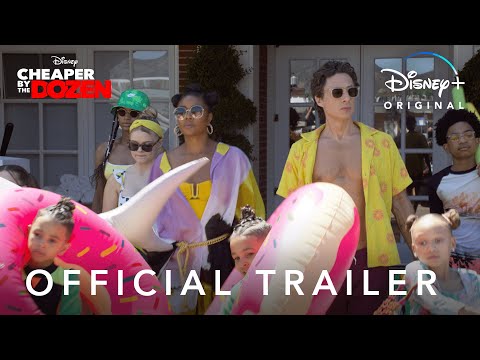 Who is in the cast of Cheaper by the Dozen?

Cheaper by the Dozen