Fresh premiered at the Sundance Film Festival on January 20, 2022, and is Premired on March 4, 2022, on Hulu by Searchlight Pictures.

The Movie, Fresh Age Rating is R for strong and disturbing violent content, some bloody images, language throughout, some sexual content, and brief graphic nudity.

Synopsis of the Movie Fresh

FRESH follows Noa (Daisy Edgar-Jones), who meets the alluring Steve (Sebastian Stan) at a grocery store and — given her frustration with dating apps — takes a chance and gives him her number. After their first date, Noa is smitten and accepts Steve’s invitation to a romantic weekend getaway. Only to find that her new paramour has been hiding some unusual appetites..--Wikipedia. 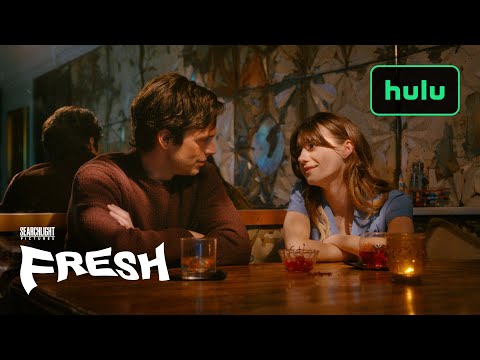 Who is in the cast of Fresh?