Psych 3: This Is Gus

Psych 3 This Is Gus Parents Guide

On May 13, 2021, Peacock announced a third film, Psych 3: This Is Gus, with production set to begin in the summer. On October 9, 2021, at New York Comic-Con, it was announced the film will premiere on November 18, 2021. Written by Steve Franks, James Roday Rodriguez. Directed by Steve Franks. Produced by Chris Henze, Dulé Hill, James Roday Rodriguez.

Tips for Parents Guides | Psych 3 This Is Gus Age Rating

Synopsis of the Movie Psych 3 This Is Gus

As Gus plans a wedding and Selene delays signing the divorce papers from her previous marriage, Shawn launches an investigation to uncover her mysterious past.

The movie, Psych 3 This Is Gus includes:-

Release date of Psych 3 This Is Gus movie 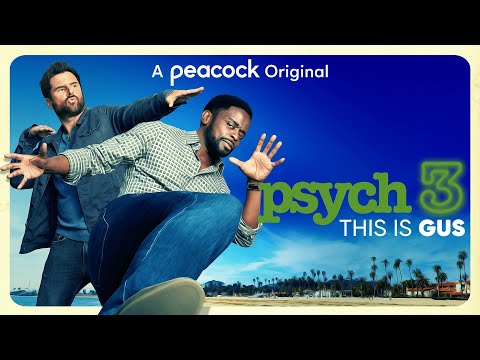 Who is in the cast of Psych 3 This Is Gus?