The Boys Presents: Diabolical, The series is an animated anthology series.

The TV-Series, The Boys Presents: Diabolical Runtime, is 14mints.

The TV-Series, The Boys Presents-Diabolical Age Rating is TV-MA.

Synopsis of the Series The Boys Presents-Diabolical

Plunge elbow-deep into unseen crevices of THE BOYS UNIVERSE with DIABOLICAL – an eight-episode animated anthology series – each episode freshly squeezed from some of the most unhinged, confused, and maniacal minds somehow still working in entertainment today.-Amazon Prime.

The Series The Boys Presents: Diabolical include:-

The series, The Boys Presents: Diabolical, has 8 episodes 1 season. 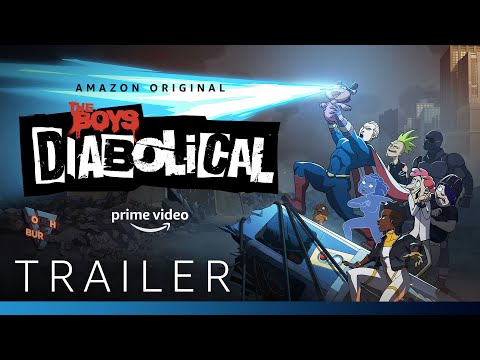 Who is in the cast of The Boys Presents: Diabolical?