Bros is an upcoming American romantic comedy film directed by Nicholas Stoller from a screenplay by himself and Billy Eichner.

Production companies Global Solutions, and Apatow Productions. They were distributed by Universal Pictures.

Bros Age Rating is R for strong sexual content, language throughout, and some drug use.

Synopsis of the Movie Bros

From the ferocious comic mind of Billy Eichner (Billy on the Street, 2019’s The Lion King, Difficult People, Impeachment: American Crime Story) and the hitmaking brilliance of filmmakers Nicholas Stoller (the Neighbors films, Forgetting Sarah Marshall) and Judd Apatow (The King of Staten Island, Trainwreck, The Big Sick), comes Bros, a smart, swoony and heartfelt comedy about finding sex, love and romance amidst the madness. 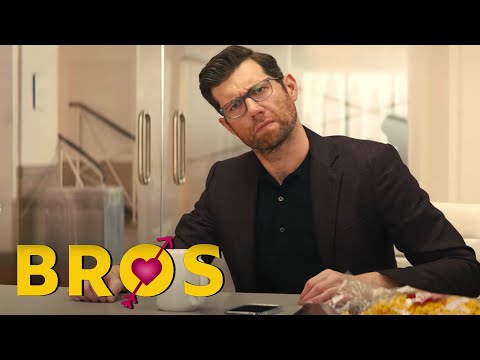 Who is in the cast of the Bros?