The movie, My Best Friend’s Exorcism runtime is 1 hour 26 minutes.

My Best Friend’s Exorcism Age Rating is R for teen drug use, language, sexual references, and some violence.

Synopsis of the Movie My Best Friend’s Exorcism

The year is 1988. High school sophomores Abby and Gretchen have been best friends since fourth grade. But after an evening of skinny-dipping goes disastrously wrong, Gretchen begins to act…different. She’s moody. She’s irritable. And bizarre incidents keep happening whenever she’s nearby. Abby’s investigation leads her to some startling discoveries-and by the time their story reaches its terrifying conclusion, the fate of Abby and Gretchen will be determined by a single question: Is their friendship powerful enough to beat the devil?

The release date of My Best Friend’s Exorcism movie

The Movie, My Best Friend’s Exorcism is set to release on September 30, 2022. 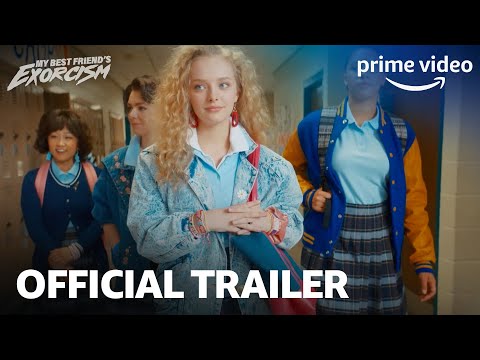 Who is in the cast of My Best Friend’s Exorcism?