The first season was premiered on Netflix on September 3, 2021, However, the second season is currently in the works and will premiere on June 30, 2022, on Netflix.

The Series, Sharkdog runtime is 7 minutes

Synopsis of the Series Sharkdog

This show is about ten-year-old Max and his best friend Sharkdog, who is half-shark, half-dog, and all appetite. Blissfully unaware of his own strength, stealth, and general shakiness, Sharkdog often leaves a trail of chaos in his wake.

The series, Sharkdog has 27 episodes from 2 seasons. 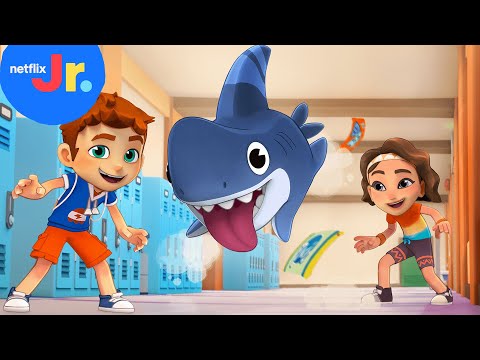 Who is in the Voice-cast of Sharkdog?