Better Nate Than Ever Parents Guide


Tips for Parents Guides | Better Nate Than Ever Age Rating

The movie, Better Nate Than Ever runtime is 1 hour 34 minutes.

Better Nate Than Ever Age Rating is PG for thematic elements, a suggestive reference, and mild language.

Synopsis of the Movie Better Nate Than Ever

13-year-old Nate Foster is an unpopular kid who entertains vivid fantasies of becoming a big Broadway musical star. In the meantime, however, Nate can’t even get a decent role in his middle school’s drama productions; he gets cast as a tree in the chorus instead of in the lead role he craves. However, when he and his best friend Libby mastermind a daring trip to New York City without their parents’ knowledge, to audition for “Lilo and Stitch: The Musical,” Nate might be on the verge of fulfilling his lifelong dream.

But first, he must overcome a series of comical obstacles that threaten his Broadway adventure with disaster at every farcical turn.

The movie, Better Nate Than Ever includes:-

The release date of the Better Nate Than Ever movie

The Movie, Better Nate Than Ever is released on April 1, 2022 (United States). 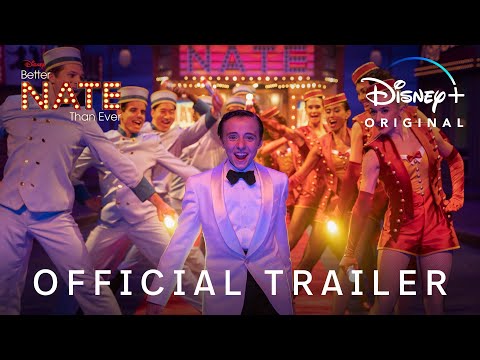 Who is in the cast of Better Nate Than Ever?

Better Nate Than Ever