Production companies are CDW Films, and Vitamin A Films. Distributed by Fathom Events.

The Movie, High Expectations is released on April 7, 2022.

Synopsis of the Movie High Expectations

Jack Davis (Taylor Gray) finds himself adrift after his father, the legendary Coach Davis (Kelsey Grammer), cuts him from his renowned soccer club, the Carolina Mantis. Estranged from his father, at odds with his brother, Mantis All-Star goalie Sam (Adam Aalderks), and desperate for purpose, Jack turns to his ex-girlfriend Sophia (Ally Brooke). Jack is inspired by her tough love and unwavering pursuit to become a recording artist. He tackles his depression and takes one last shot at his lifelong dream, by trying out for a rival soccer club. Can Jack finally prove that he is worthy of his dad’s love? Can he forgive and believe in second chances?—IMDB

The Movie, High Expectations include:-

The Movie, High Expectations, is released on April 7, 2022 (United States). 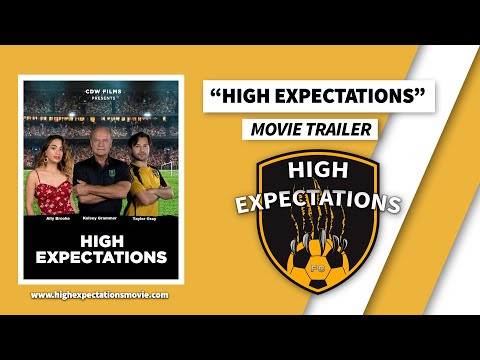 Who is in the cast of High Expectations?